The hybrid powerplant has again become a good alternative for creating the fast and powerful of all Toyota RAV4s. Instead of a large and powerful engine, under the hood, the designers placed a four-cylinder 2.5-liter gasoline power unit there, supplementing it with three electric motors. Two of them were mounted on the front axle, and another on the rear axle. The result was a total capacity of 219 horsepower, which is 16 more than the standard 2.5-liter gasoline unit, and 25 more than the previous generation Toyota RAV4 Hybrid. Such weapons made the crossover one of the most powerful and dynamic in the class. 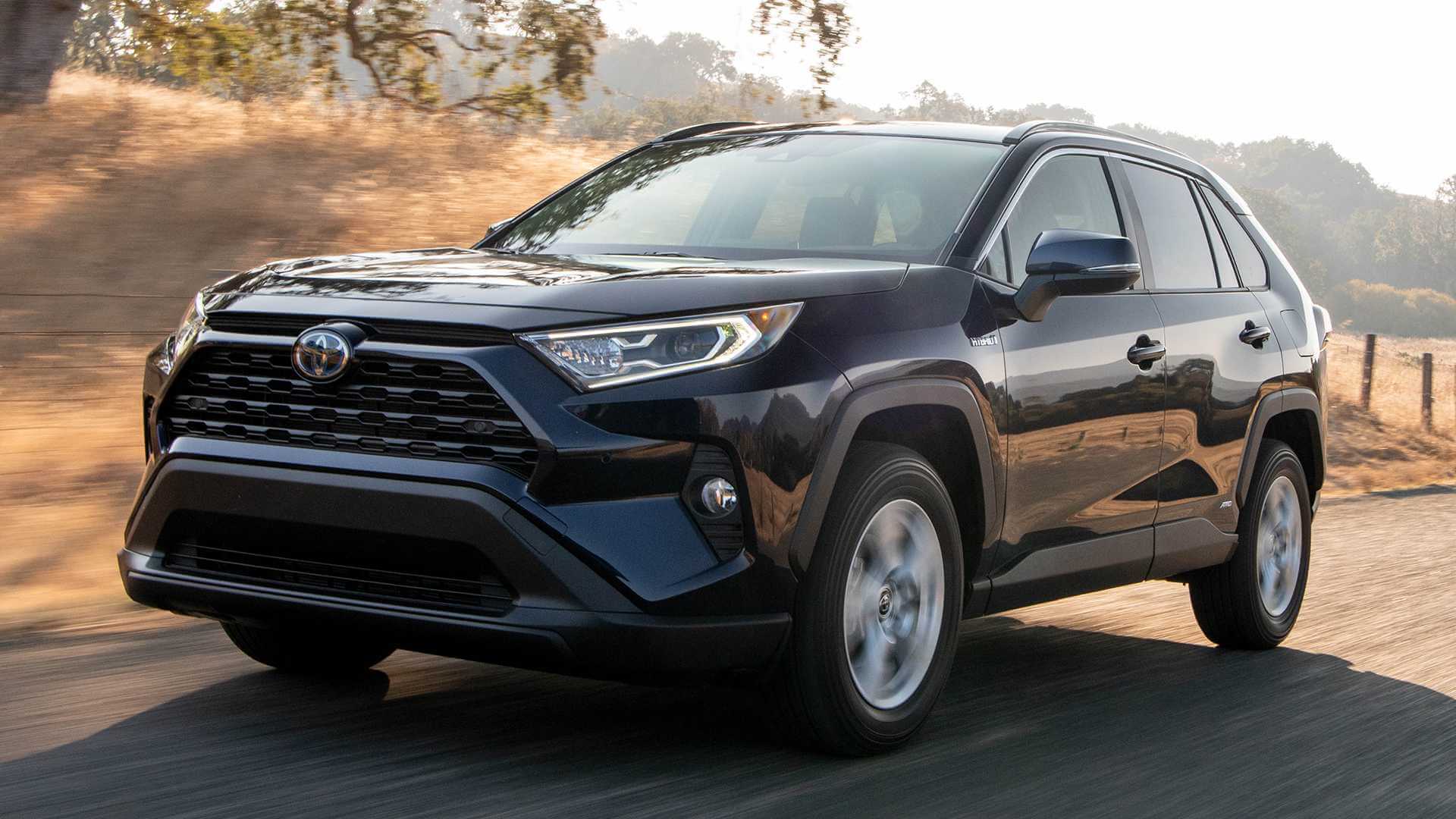 Order LeoDrive in car rental in Lvov by the day and spend their own test drive Toyota RAV4 Hybrid.

The car is able to accelerate from 0 to 100 km / h in less than 8 seconds. This indicator makes the definition of “fast crossover” more understandable for the average motorist. Thanks to the additional electric drive, impressive torque is available from the first second after pressing the accelerator pedal, which makes the crossover feel even more dynamic than it actually is. That is why this combination is very popular with true lovers of driving.

In this generation, the developers installed a compact battery under the rear sofa. Thanks to this, the hybrid version is practically not inferior to gasoline in functionality. Unlike many other cars with a hybrid powerplant, Toyota RAV4 Hybrid offers users a really large amount of luggage with both unfolded and folded seats. In another, the alternative modification is also practically no different from the basic version, with the exception of some common features and sections of the information system that are characteristic of most hybrid vehicles. 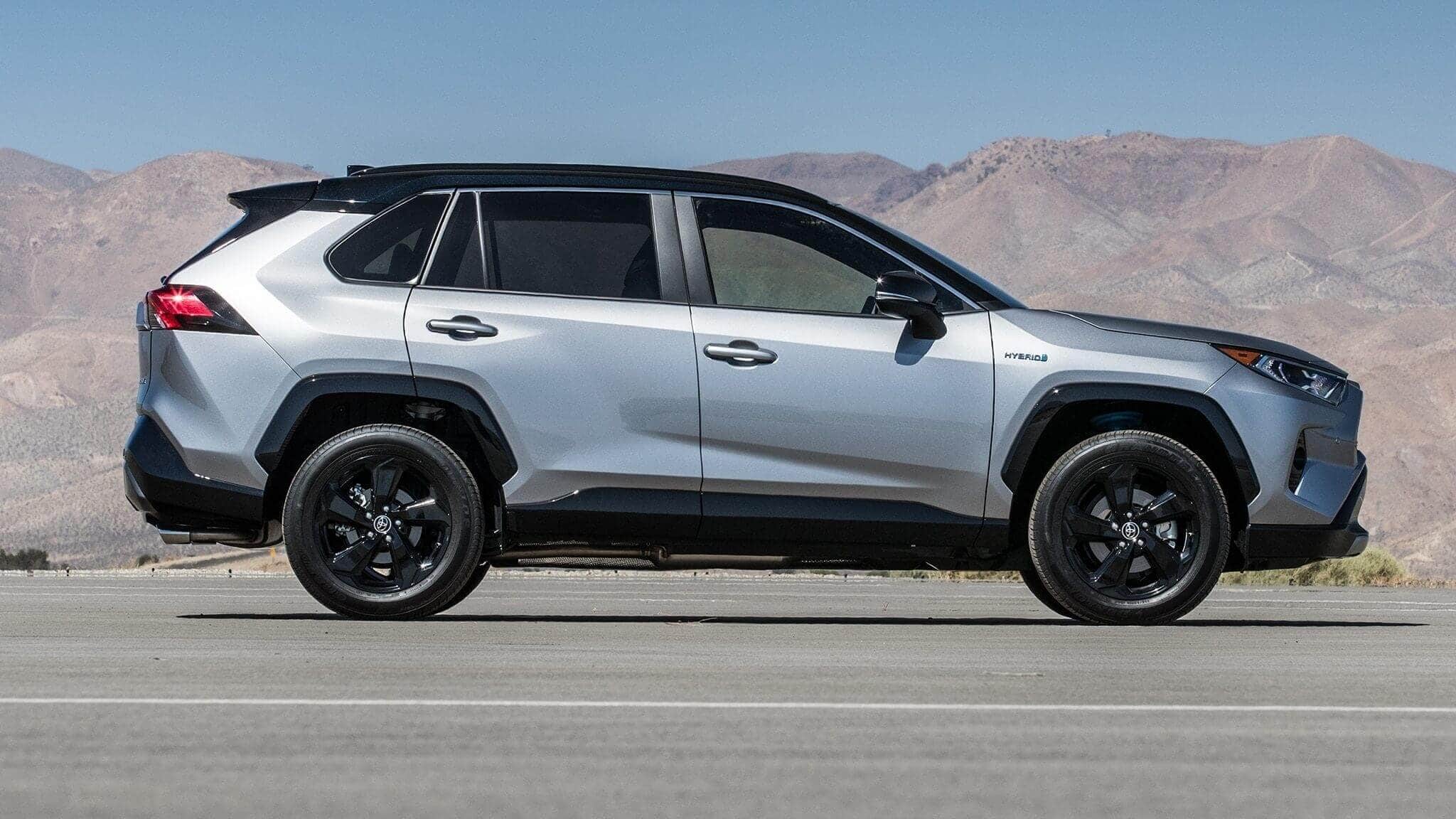 Externally, the version with a combined drive system is somewhat different from the gasoline in the presence of 18-inch wheels painted in black, a two-tone exterior design and some other details. All the features of the version make it interesting enough that there is no trace left of the image of a boring family car inherent in many competitors.

LeoDrive is a leader in the hybrid car segment in Lviv’s rental car market. Contact us and rent a car in Lviv at affordable prices.

Hybrid also has retuned suspension elements, which should provide decent road manners for a car with a different weight distribution and total weight. The XSE package offered in this version is more than a styling package. Although the Hybrid feels more stable and stable, it is still focused on comfort, not on sporty and aggressive controls. The tuning of the controls indicates the focus, first of all, on the North American market: both the steering wheel and pedals cannot be called too sensitive, the controls are rather soft and light. At the same time, the brake pedal is informative enough to clearly feel the moment between regenerative (battery charging) and normal mechanical braking. 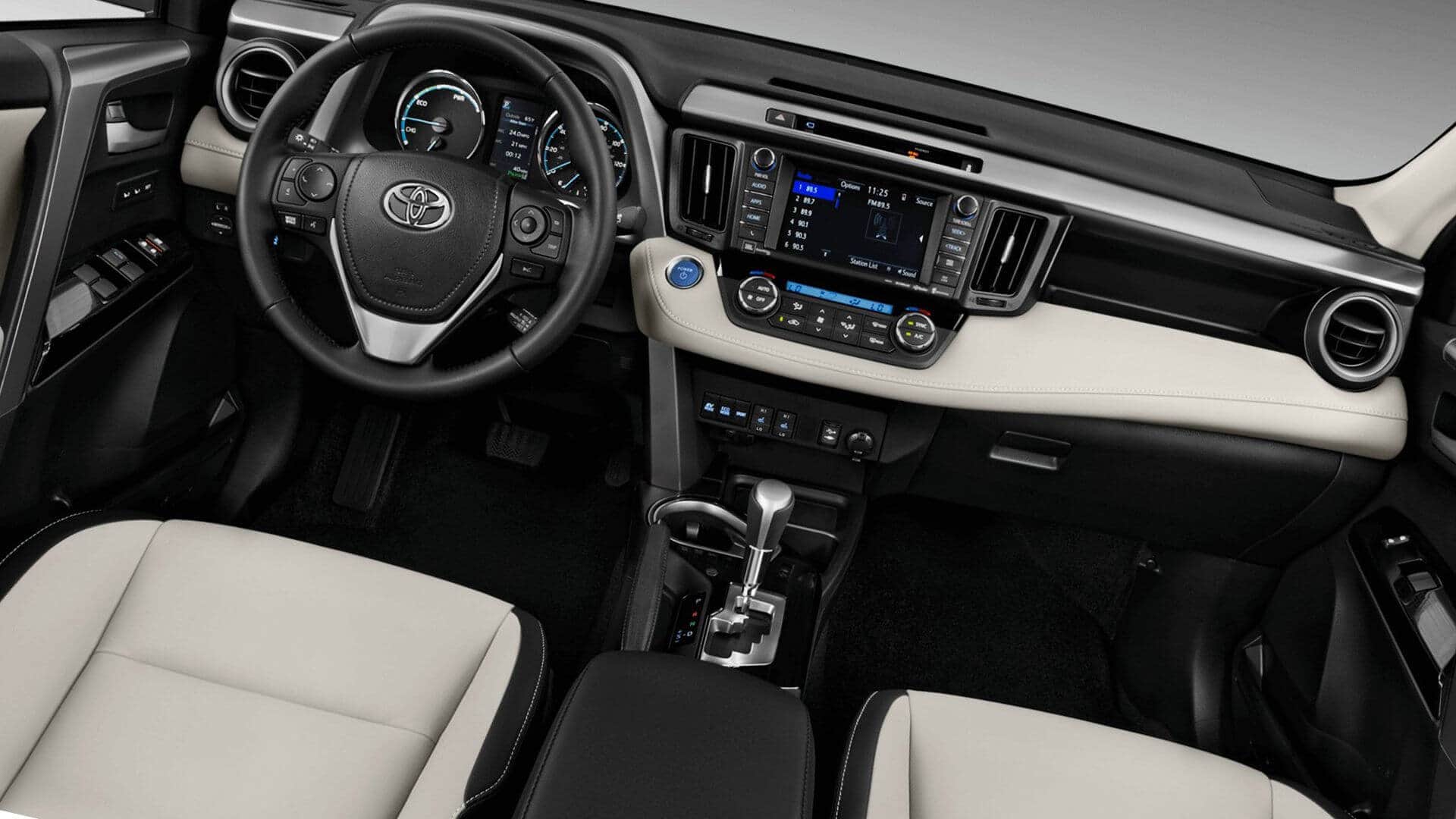 Toyotivtsi is betting on the global TNGA platform native to Toyota RAV4 Hybrid, on which models will be built in the future designed for significantly more difficult operating conditions. It is thanks to this that there is hope that in this generation the crossover will be at least no less reliable than its legendary predecessors.

The truly new Toyota RAV4 Hybrid 2019 will delight you with fuel consumption. In this generation, the crossover is much more economical than its mono-fuel version and than the previous generation. He is also the economical of most hybrid crossover models from competing manufacturers.

The main motor transmits torque through a planetary transmission, which simulates the nature of the classic continuously variable variator. Electronics with advanced algorithms successfully and often imperceptibly for the driver controls the operating modes and load distribution of each type of drive. By pressing the accelerator pedal, you will never make the control electronics think before performing the desired action.

In the case of moderate movement, the RAV4 Hybrid is guided pleasantly and confidently. A 30% increase in torque from the electric motor on the rear axle allows you to start more confidently and dynamically, regardless of the type of coating under the wheels, and also not to connect the gasoline engine while driving at low speed.

With all the obvious advantages, the hybrid version of the crossover in major markets is only a few percent more expensive than its all-wheel drive twin with a classic gasoline powerplant. The car is equipped with active safety systems as standard, it offers the functions of automatic braking, lane tracking, and self-switching modes of the head light. In addition, Toyota offers a high-end infotainment system and other conveniences familiar to modern high-quality cars. Due to the small difference in price, the hybrid version of the RAV4 is considered to be an attractive ordinary gasoline modification. Only mono-drive versions with a smaller and weaker gasoline engine can compete with it, because the difference in price between such modifications is more significant.