Hybrid with your own hands

Hybrid with your own hands

The advantages of hybrid cars are far too appealing for home-grown designers, inventors and other makers, as well as small businesses. As a result, the world has received many vehicles that have become hybrids not on the assembly line, but several (or several dozen) years after their release.

The idea of self-creating vehicles with a combined power / drive system is quite realistic, it is proven in practice. Usually, the process begins with the search for a "donor", because few are able to complete such a project from scratch. And then it all depends on the chosen scheme, components, level of knowledge and skills of the performer.

Popular schemes for creating a hybrid car with their own hands

There are two common ways to convert a single-fuel car into a hybrid, each with its own variants. 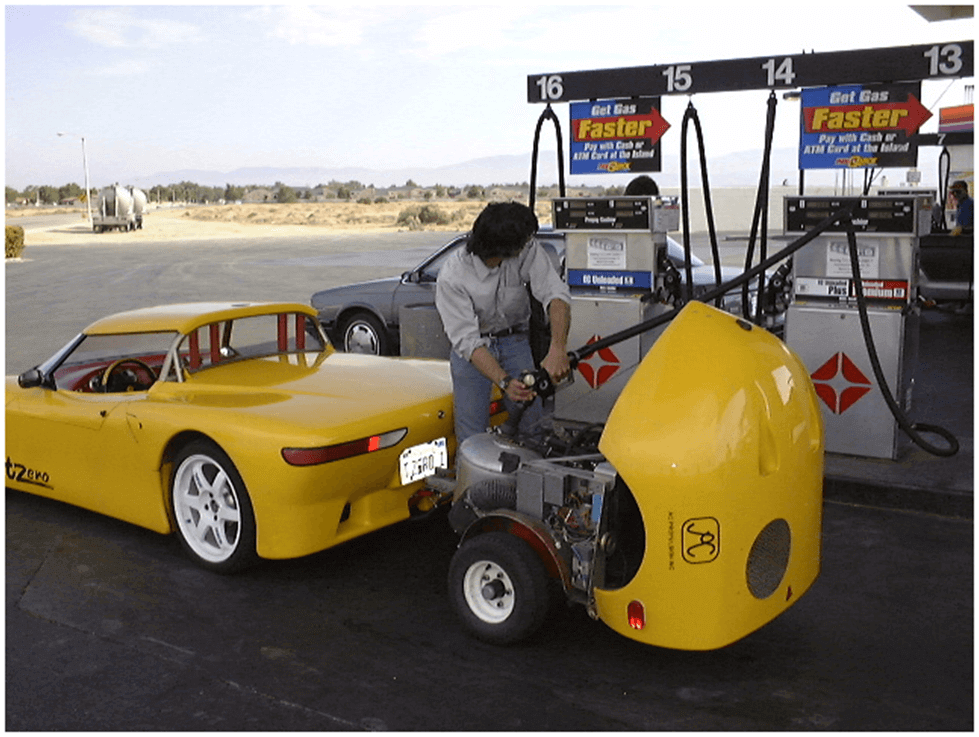 An electric vehicle is ideally suited for conversion into a hybrid. First, it has almost all the way of filling, and secondly, the interaction between the elements is designed and adjusted by specialists. But relatively simple to implement, there is only one option.

The type of hybrid car that you can get as a result is called the Range-Extended Electric Vehicle (EREV), or an electric car with a longer range. Its essence is to use a low-power internal combustion engine only as a generator. In the same way, experts from Bavaria have turned into a hybrid their electric car BMW i3. The whole point of self-processing is to buy a domestic gas generator, install it safely in the car and coordinate its operation with the native "brain" of the machine.

The idea of installing an internal combustion engine in an electric car - from a series of crazy. Theoretically, it can be implemented, but very complex. In addition, the vehicle, after such modification, is likely to lose significantly in functionality. That is why such projects are worldwide units.

A hybrid of a gasoline or diesel car

The idea of converting a gasoline car into a hybrid car is far more popular. This is due to the relative compactness of the electric actuator and the ability to place traction batteries in any convenient location. Each such project requires the installation of additional batteries, so the variants depend only on the type and location of the electric motor.

The electric rear-wheel drive is technically simpler than the front. The use of motor-wheels does not require any intervention in the suspension, but it is heavily loaded. The classic scheme of a stationary fixed-drive motor requires modification or replacement of the entire axle, but it does not impair handling and does not additionally load the suspension.

The development of this technology began with the idea of improving the dynamic performance of the car without additional engine forcing. This was achieved by installing a modified, powerful starter generator instead of the standard units. It switched on for a short time at peak loads and provided an additional 10-20 kW of power. Later, the technology was used to reduce fuel consumption by installing traction batteries and electric motors capable of operating under load for a long time.

The scheme uses an additional differential to transmit the torque from the electric motor to the regular drive wheels. All-wheel drive vehicles disconnect one of the axles and connect the drive to its position.

Whatever scheme the car was modified, it is almost 100% inferior to the original hybrid, not only in reliability or technical characteristics, but also in price. The cost of processing, even without the donor price, can range from $ 3000-5000 to tens of thousands of US dollars. It is not a fact that the newly created hybrid will work the way the author or customer would like.

LeoDrive recommends buying only original hybrid cars. You can order Toyota RAV4 Hybrid crossover rental in Lviv in our office or by phone.